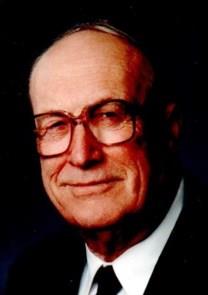 Clif was a beloved brother, father and grandfather, He was born in South Dakota and received a BS and Masters Degree in chemistry from South Dakota State University. He also attended Purdue University.

He served in the army during World War II in North Africa and Italy in the 109th Combat Engineers, 34th Infantry Division, participating in numerous battles including Kasserine Pass, Monte Cassino, and Anzio. He was promoted from private to 1st Sergeant and then earned a battlefield promotion to Lieutenant at Anzio, Italy.

He worked at American Maize Corporation in Hammond, IN, as Director of Research and Production Manager until retirement, then served as a consultant in several countries including South Korea, Argentina, India and Malaysia. He was a long-time member of the Mount Greenwood Lutheran Church, and served as a board member and President of the Beacon School in Beverly, and as a volunteer leader with the Boy Scouts.

Clif will be remembered by all for his quick wit, kindness and wisdom.

Please share information with anyone who might want to know. In lieu of flowers, please donate to any worthy charity you choose.

More about Clif at:

I was born in Vivian South Dakota on July 3, 1920. I was the oldest of eight children. My father was John Hullinger and my mother was Pearl Harlan Hullinger.

I worked on the family farm near Vivian, South Dakota. I started driving the school bus at eight years of age. It was first a horse drawn cart and later a Model T. During the great depression South Dakota was also hit by severe drought and grasshoppers. 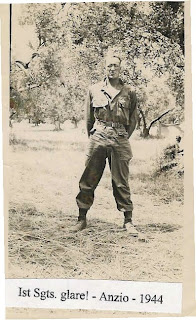 I went to South Dakota State University and majored in chemistry. I also joined the National Guard. We were mobilized in 1940.  I served in North Africa and Italy. My experiences in the war are written in the blog at: 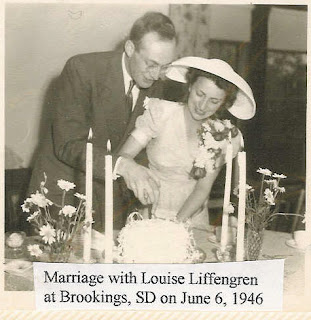 After the War I returned to South Dakota State and completed my B.A. and M.A. Degrees in Chemistry.  I met and married Louise Liffengren.  Our first child Craig was born while we were in College.

We then moved to Purdue University in Lafayette, Indiana, where I pursued a PhD in Chemistry. Our second child Neil was born there.

I then took a job in the Research Department of Amaizo Corporation in Whiting, Indiana.  We worked on corn starch research.  I was promoted to Director of Research and then Plant Manager. I earned several patents.

Our third child Anne, and our forth child Scott were born in Chicago.

I retired in 1982. Since then Louise and I have stayed active in numerous volunteer activities. We have traveled to numerous locations, including Africa, Europe, and South America. We also took consulting assignments in India, Korea, and Argentina.

The videos below by Louise and I provide some information about our lives.


Videos - Clif and Louise Hullinger and the 34th Division, WWII

Click to view Photos and Videos of Clif, Anne, and Craig June 2017